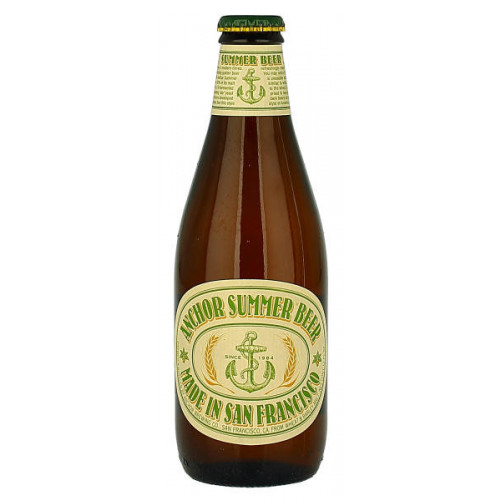 Released each year in advance of the summer season, Anchor Summer Beer is an all malt beer with over 50% of its malt derived from malted wheat. It is fermented with a traditional top fermenting “ale” yeast, yielding a clean, balanced flavour that highlights the refreshingly light flavour of malted wheat. The head is unusually abundant due to the natural protein deposits of wheat, with a thick consistency similar to meringue.