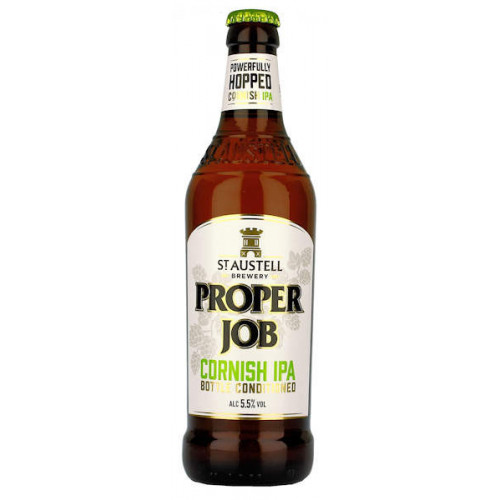 Proper Job is dedicated to the 32nd (Cornwall) Regiment who stoutly defended their garrison during the Indian Mutiny in 1857-58. In recognition of a ‘Proper Job’, Queen Victoria awarded the 32nd the honour of becoming a Light Infantry Regiment.

Light, clear and refreshing with an assertive hop bitterness, Proper Job IPA is based on a traditional IPA recipe which makes it perfect for long, hot summer days.
Ingredients/Allergens
(Allergens will be in Bold)
Barley Malt