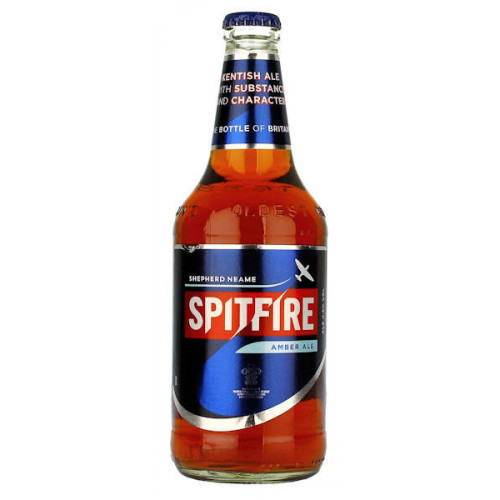 Share
Reviews Rating
(0)
Product Information
Country:
Producer:
Style:
Sub Style:
Container:
ABV:
Bottle Size:
Spitfire, as a cask-conditioned ale, has been awarded the Coveted Gold Medal at the International Brewing Industry Awards. Brewed first in 1990, to commemorate the Battle of Britain, which was mainly fought and won in the skies over Kent, Spitfire - as a brand - reminds us of our legacy to that battle, to the planes and fliers who courageously swept the skies of England clean of invaders. As a beer, this doesn't spit fire, but it does give a full, malty and well-balanced 'touch down'. A delightfully, clean-drinking ale, with a hint of clear skies over Dover.
Ingredients/Allergens
(Allergens will be in Bold)
Water, Malted Barley, Glucose Syrup, Hops