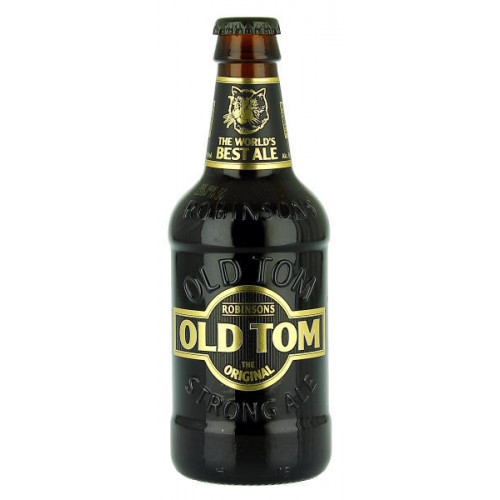 Share
Reviews Rating
(1)
Product Information
Country:
Producer:
Style:
Sub Style:
Container:
ABV:
Bottle Size:
Named after Robinsons' brewery cat, Old Tom is almost as old as the brewery itself. The legend began in 1899 when the old brewery cat, Tom, basked in sunshine whilst the head brewer sketched him into immortality.

This superior dark ale is recognised, both nationally and internationally, as one of the most famous strong ales, winning some of the industry’s most prestigious awards including World’s Best Ale.

In recent years Robinsons’ Old Tom has been named by CAMRA as Supreme Champion Winter Beer of Britain no less than three times at the National Winter Ales Festival.

Old Tom is dark, rich and warming with a cherry brandy like colour and character. This strong ale has a booming balance of ripe malt, and peppery hops combined with roasted nut and chocolate flavours with a smoky richness. A distinctive deep port wine finish with bitter hops balance complemented by heady, vinous aromas of dark fruit.