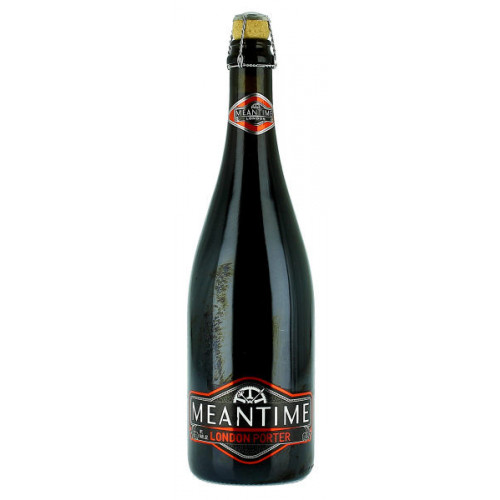 Share
Reviews Rating
(0)
Product Information
Country:
Producer:
Style:
Sub Style:
Container:
ABV:
Bottle Size:
No fewer than seven malts go into our Porter, each especially chosen to bring you the flavours so loved by Londoners that demand for Porter made London the brewing capital of the world. Porter offers light roast malt on the nose and on the tongue a sweetish caramel gives way to a mouthful of smoky, dry maltiness, and an astringency on the finish that comes entirely from the brown, black and chocolate malts, rather than hops; and there are an awful lot of Fuggle hops in our Porter.

A big beer, Porter was a fuel of the Industrial Revolution. It was also the world's first truly industrial product, and one that laid the foundations for the modern era of commerce, management and science. This was the beer that put the Great into Great Britain. This bottle conditioned beer will mature with age, as it contains a blend of fast and slow acting yeasts.

Along with Meantime India Pale Ale, Porter is pioneering Meantime's export drive. In July 2009 no fewer than 30,000 bottles of beer crossed the Atlantic to the US. If George III had sent beer to Boston instead of tea, who knows, history may have been very different.