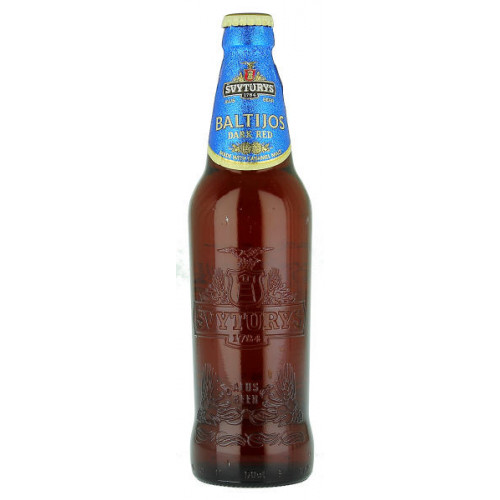 Share
Reviews Rating
(0)
Product Information
Country:
Producer:
Style:
Sub Style:
Container:
ABV:
Bottle Size:
Svyturys Baltijos is a dark Marzen/Oktoberfest lager. Ethnographers believe that the colour and taste of this “March” beer is most similar to the first beer of Svyturys that German merchant Reincke, the founder of the brewery, originally offered back in 1784. In its own category, Baltijos beer has won the bronze at the World Beer Cup and was awarded the grand golden medal at the International Siberian fair.

The deep red amber has a sweetish, rich, long-lasting taste of caramel. The qualities of the flavour and taste are best revealed when served in a special glass, which has to be wide and shaped like a bauble or a tulip with a sturdy stem. The dark Baltijos beer perfectly complements game and dark meat, oil rich fish, blue and hard cheese and sweet desserts with caramel and chocolate.