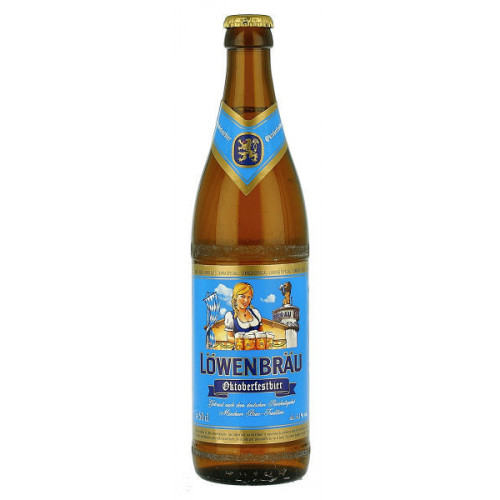 Share
Reviews Rating
(10)
Product Information
Country:
Producer:
Style:
Sub Style:
Container:
ABV:
Bottle Size:
It is difficult to pinpoint the exact date that Lowenbrau began its journey, but the earliest documented reference to an Inn called ‘Zur Lowen’ showed that beer was being brewed at 17 Löwenbruge Straße back in 1383. As was standard practise back then, the Landlord brewed his own beer and it is from this place and time that the brewery grew from strength to strength to the global powerhouse it is today. 1746 is the first mention of Lowenbrau in the Munich tax records as a brewery and a move to a larger residence in 1851 paved the way for Lowenbrau and its famous Lion logo to produce a quarter of the entire cities’ output just twelve years later in 1863. The brewery was destroyed in 1945 by an air raid carried out by the Allies. Once rebuilt, it began to distribute internationally to be known as one of the big six Munich breweries, with their beers backing up such a prestigious title.

Having demonstrated superiority in brewing by upholding the 1516 German Purity Laws, they know how to brew good beer and their Oktoberfest is no different. Since 1810 Lowenbrau have provided the citizens of Munchen with their annual special to celebrate the world famous festival. It is a limited edition brew that is only produced in Germany, not under license abroad, which guarantees its rarity along with its quality. Sponsoring two tents at the festival, their presence is made clear with a 4.5 metre tall Lion on the building that roars the brewery name.

At 6%, this is a stronger brew than Lowenbrau Original and appears a pale yellow in colour with a white head. Sweet malts on the nose with notes of caramel and grain complete the aroma. This medium bodied beer has a malt taste with a hint of hop bitterness as well as mild spice flavours. The strength of the brew ensures lasting warmth in the finish.Served slightly chilled in a stein glass if possible, but you do not need to go out of your way and get a German pretzel to enjoy this easy drinking beverage, it is refreshing and satisfies just on its own.