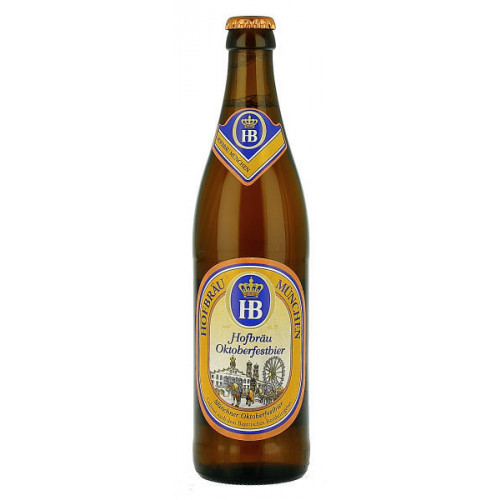 Share
Reviews Rating
(10)
Product Information
Country:
Producer:
Style:
Sub Style:
Container:
ABV:
Bottle Size:
Of the big six Munchner breweries, only one can lay claim to royal heritage, much like the festival it partakes in. Hofbrauhaus (which roughly translates to court beer house), as well as the original brewery, were founded by Duke Wilhelm V back in 1589. The concept behind the brew was to only brew enough beer for the Royal Court, hence the name. In the early 17th century, to save on the cost of production, the Duke of Bavaria moved the brewery to Munich from Einbeck, where it was previously brewed.However the removal of Hofbrau from the Northern territory caused uproar from the barons, therefore the first ‘bock’ was created under the Hofbrau name and it finally became a marketable product in the country. Over the next two centuries, with an exclusive right to brew bock beers, Hofbrau became a household name and one of the biggest producers of beer in the country. Once the right to brew bock beers became licensed to everyone the term Maibock was given to it, after the month it was traditionally brewed in and Hofbrau ventured into other beer styles. The royal brewery became a state-run company in 1939 but the heritage, and of course its famous logo, pay tribute to its days under royal command and it continues from its Munich brewery to this day.

Their success on the domestic and international markets speaks volumes for the quality of the beer, as Hofbrauhaus have over 20 Beer Houses worldwide as far as Las Vegas and Shanghai and as close as Berlin and Hamburg. They also sponsor one of the biggest tents at Oktoberfest, the Hofbrau Festzelt, which has a capacity of almost 10,000 seats and is 7,000 meters squared. In the Oktoberfest period the best part of a million litres of beer is consumed in the Hofbrau tent.

For the festival, Hofbrau brew a special 6.3% beverage that appears yellow to golden in colour with a white head. The aroma of the brew is that of sweet malts with notes of grass, grain and hay. The texture is full bodied and has a rich, bitter flavour with a hoppy dry finish to it. This can be paired well with traditional Bavarian cuisine but goes down a treat just on its own. Oktoberfest wouldn’t be the same without it.