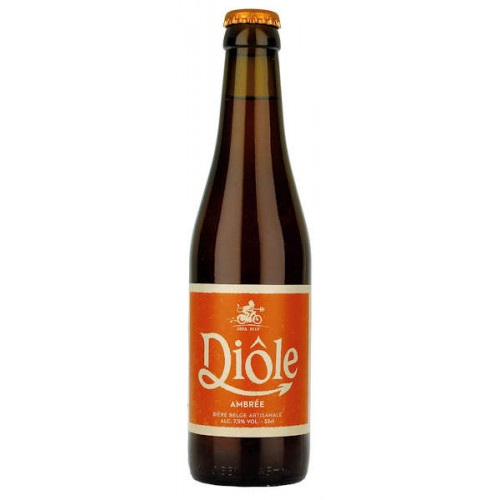 Share
Reviews Rating
(1)
Product Information
Country:
Producer:
Style:
Sub Style:
Container:
ABV:
Bottle Size:
The creation of Diole Ambree at Brasserie des Carrieres could be described as a happy accident. The gas flame used to fire up the mashing kettle was burning just a bit too long or the settings were too high... Regardless, the beer came out with a different colour and taste and the resulting beer was well received and it was decided the beer would be marketed alongside their existing beer.

Diole Ambree is an excellent example of the expertise of the brewer, with the art of dosing perfected.Brewed with Pils and Caramel malt and three varieties of hops, it is an elegant and slightly sparkling beer with a solid frothy head. It has a fruity aroma with impressions of citrus, cinnamon and pepper with floral touches against a slightly roasted malt background. The aroma follows through to the flavours with surprising notes of caramel which are followed with a warming, lightly bitter finish.